Helllo! I am a lego tinkerer and have made a few large scale projects, mostly floor lamps and such that only required lighting.

I have been asked by a local art gallery to put-together a "putt-putt" golf course hole. I added a few concept sketches.

So the basic idea to use lego robotics and have the ball go down the tongue and trigger a touch sensor, "wake up" a motor
that will turn on some lights using line current and a switch, another motor that will cause the wings to move up and down and
then through some process release a trap door allowing the ball to exit the dragon's butt hole.

I have a bunch of old robotics stuff, a couple of the blue "scout" boxes, a bunch of sensors and motors, a few of the mini-scouts or whatever
they called the ones that came with the droid developer (R2D2 and AT-AT) kits etc. But nothing of a current vintage.

I have not been able to figure out how to program the scout to "wake up", run a cycle and 'stop'. I have seen newer kits that for example
the robot has a touch sensor on his arm to wake him up.

So I'm wondering anyone has a suggestion on which newer kit to purchase to get this basic stuff to work, if that is what I would need.

For an idea of scale, the dragon will be about 6 feet long and I already have about 20 pounds of green legos.

Please write back if you have any suggestions on how to get something like this to work. 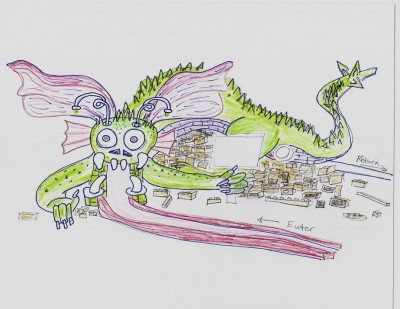 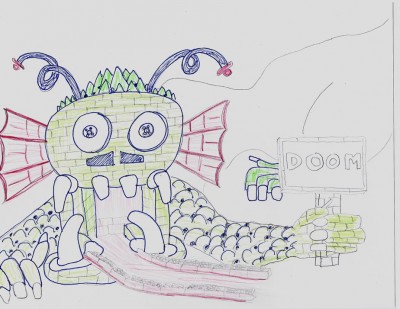 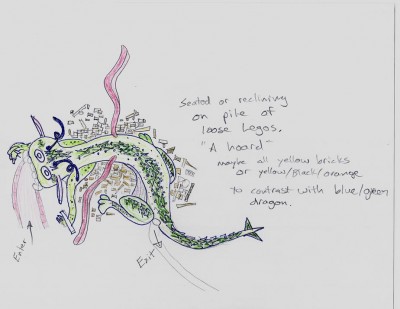 Re: hardware selection help for a large scale project